The paper covers the contradictions in industrial relations and the modern ways of resolving them in Russia. Particular attention is paid to preventive resolution as the least controversial, allowing reducing or eliminating the possibility of a conflict within the labor sphere, as a fair and effective method that reduces the burden on civil courts in conditions of limited budget spending. It is advisable to give priority to out-of-court methods for resolving labor disputes, to direct efforts to prevent the emergence of labor conflicts. Implementation of this strategy should be carried out at the macro– and micro levels. The study shows that in order to increase the efficiency of labor inspection in the Russian Federation in the context of limited budgetary sources of funding, there is a need to expand the scope of activities of the Office of State Supervision in the Sphere of Labor. It is also advisable to adjust the priority activities of the labor inspections, mainly in the direction of the implementation of preventive activities. This will lead to the prevention of conflict situations in the organizations, to ensure the improvement of the enforcement of legislation, contracts and labor agreements. In order to work out effective directions, the article summarizes international experience, best practices in the preventive activities of labor inspections in developed countries and in emerging markets.

Orlovsky Yu.P. (2017). Commentary on the Labor Code of the Russian Federation. INFRA-M: Contract. 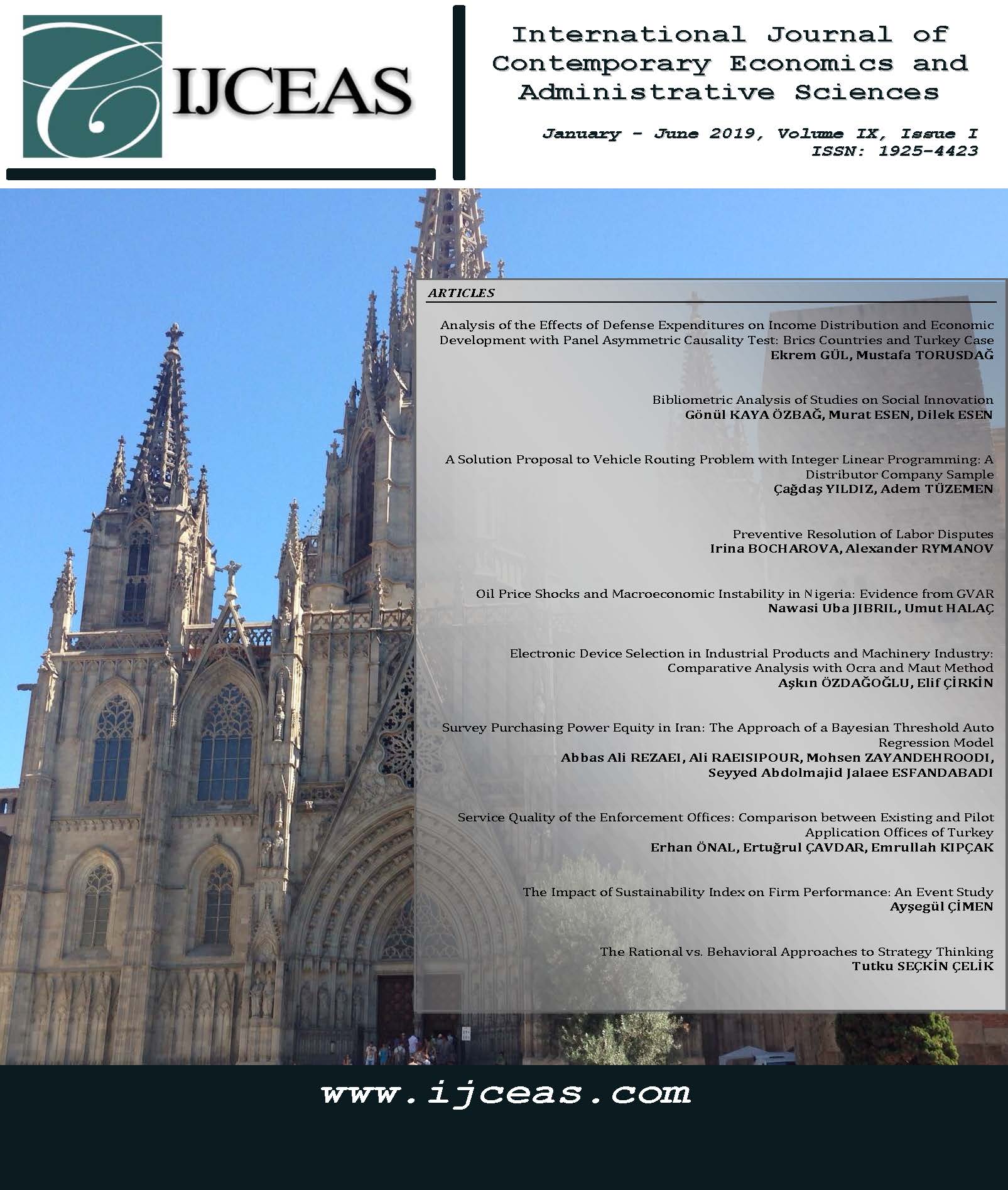 This work is licensed under a Creative Commons Attribution 4.0 International License.

The Author(s) warrant(s) that the article is Author's original work, and has not been published before. If excerpts from copyrighted works are included, the Author will obtain written permission from the copyright owners and shall credit the sources in the article. The author also warrants that the article contains no libelous or unlawful statements, and does not infringe on the rights of others. If the article was prepared jointly with other Author(s), the Author agrees to inform the co-Author(s) of the terms of the copyright transfer and to sign on their behalf; or in the case of a "work-for-hire" the employer or an authorized representative of the employer.

IJCEAS is licensed under a Creative Commons Attribution 4.0 International License.

This license lets others distribute, remix, tweak, and build upon your work, even commercially, as long as they credit you for the original creation. This is the most accommodating of licenses offered. Recommended for maximum dissemination and use of licensed materials.

IJCEAS is licensed under a Creative Commons Attribution 4.0 International License.